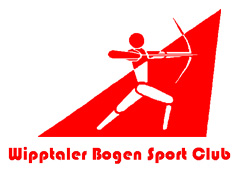 Peter Lener and his friends Georg Amort, Christian Muigg, Christoph Opitz and Dietmar Pienz, all avid archers, caused their passion in 1993 to found a club.

The area in which they roamed “wildly” with bow and arrow has now become the club area of the new “Wipptaler Bogen-Sport-Club”.

Around the Trautson Castle and the so-called “mushroom”, it was henceforth a question of building a protective course suitable for practice with corresponding goals.

With much love, diligence and effort of the ever-increasing number of club members, a FITA course and a forest course, then still with straw targets, was built.

After acquiring a good part of the club grounds by the community from the ÖBB with the aim to build a recreational area, the shooters retreated behind the mushroom.