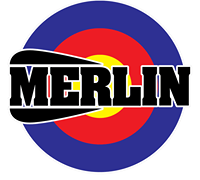 It all started in 1973 when Chris Jones attended the IFAA’s European championships in Germany. Chris was shooting a recurve at the time, but while he was there he saw an American serviceman shooting a compound bow. Having never seen a compound before he asked if he could have a closer look. The American was only too pleased to oblige, and handed the Jennings-made bow over to Chris. Immediately Chris fell in love with it and vowed he would have one.

Arriving back in England he approached all the archery equipment specialists but to no avail. No dealers in Britain stocked the new type of bow, but one of his friends was visiting the United States, and so Chris asked him to bring back a compound bow. His friend brought him back a P.S.E.

During that year he attended many archery tournaments. It did not matter which class of bow he was pitted against he still won. Primarily a field archer in those days, he tried to introduce his new compound bow to target archery. The governing body of England, the G.N.A.S., had no classification for a compound bow, and with their motto ‘union, True Heart and Courtesy’, Chris was allowed to shoot, all be it on a separate target, at a different distance and sometimes in a different field!

What would normally be a deterrent for some people just made Chris more determined to introduce the compound bow to a wider range of people. In 1975 he decided to manufacture an English made compound bow, as unlike today, purchasing from abroad was very complicated and costly. So after closely studying his P.S.E, he produced his first compound bow. Merlin of England was founded.

In the early years from 1975 to mid 1984, the compound bow was not accepted in international competition throughout Europe, except within the International Field Archery Association (IFAA). But recognition was growing, and Chris was asked to take part in the first FITA field test tournament in Yugoslavia. Taking every opportunity to compete at international level throughout Europe and America, the brand of Merlin was starting to get noticed.

In 1985 Merlin won the prestigious MIDAS business award for excellence in innovation and manufacture.