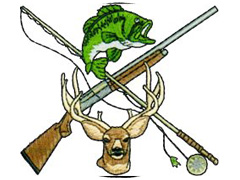 The Hamilton Rod & Gun Club was founded by a group of men dedicated to the purpose of promoting the enjoyment obtained through hunting and fishing. It was realized then that if future generations were to enjoy these sports, conservation through the proper management of our natural resources must be a priority. As a reminder of our most important purpose, the Conservation Pledge is recited by the members present at the opening of each monthly meeting.

The Hamilton Rod & Gun Club has come a long way since its beginning in 1921. The first meetings were held at the Dispensary Building of the Hamilton Woolen Co. As the membership grew, the meeting place was moved to the Plaza Theater and later to the Eagle Hall in Southbridge.

The present property was purchased in 1939 from the Snell Estate and meetings have been held in our Club House since 1947. Shortly after the purchase of the Snell Estate, the Members erected a Club House which was partially destroyed by fire. Not to be discouraged, the members joined together and rebuilt our Club House that we all enjoy today.

The Club has grown in many ways since 1921. To the original property purchased in 1939, approximately 46 acres have been added. Also purchased was another 77 acres of land in the towns of Sturbridge and Brookfield, which has now been turned over to the Commonwealth of Massachusetts to be operated by the Division of Fisheries & Game as a wildlife management area. Today the Club covers almost 150 acres.

The Hamilton Rod & Gun Club is considered by many to be the Dean of Sportsmen’s Clubs throughout central New England. Three ponds on the property are stocked with trout for both the summer and winter derbies. Other species of fish in the ponds provide year round recreation.

Our trap shooting facilities have two trap fields. Both are equipped with electrically operated traps, one field is voice activated, and also lighted for night shooting.

The rifle range is 250 meters. The pistol range has protected shooting stations for enjoyment in all weather.

Our Archery committee enjoys one of the largest followings in the club. During the winter months our indoor archery league shoots inside the Pavilion. During the warmer weather, there are multiple events, including 3D shoots.

The club is constantly adapting to the needs of our members. We currently have a Upland Bird Club that raises pheasants, quail and chukar partridge. Throughout the year there are fishing tournaments. Some members fly fish and have exclusive rights to the first pond from ice out to Fathers’ Day.

Through our affiliation with the Worcester County League of Sportsman’s Clubs we are continuously on the watch for legislation beneficial to sportsmen, as well as legislation that would be detrimental to our sport. Through legislation, the Club was responsible for creating public access to great ponds in the area.